Rate 'You Can't Catch Me'

Rate 'You Can't Catch Me'

It's been a couple of months since Maaya's newest offering 'You Can't Catch Me' was released, hitting no.1 on the Oricon charts and recieving a mixture of reactions ranging from AMAZING to yawn...

We've all had time to digest the album and I thought that it was good timing for us to rate the album objectively now the initial excitement about its release has faded.

Please feel free to post your comments. How did you feel when the album was first released, do you like it more now? Or less? Have the tracks you like most changed since it was released?

However, I took two points off because some of the slower tracks are yawn fests. I like them BUT I do acknowledge that they are boring. Why does she have these tracks next to genius pieces like 'kimi no sei'?

I think the album was a good step on from her 15th anniversary. It makes me excited for what comes next, which I think was partly Maaya's aim.
Last edited by dillpops on 2011-04-11 10:05, edited 1 time in total.
http://maayasakamoto.blogspot.com/
Top

i gave it between 7 and 8 for the album back then. actually gave an 8 at the beginning bcoz the good songs that was "released" just before the actual release. "himitsu" to be exact, "utsukushii hito" not too long before.. and also gorgeus materials like "moonlight" and "topia".. and perhaps "tegami" too though short.

But still 4-5 songs out of one album doesn't stand much compared with the 8-10 songs from hotchpotch for example.. the numbers here refer to the number of songs i really like from an album. So a 7.5 should be enough. it's hard to decide btween 7 or 8 ??

You mean YCCM is one louder?

7/10 seems to be winning...
http://maayasakamoto.blogspot.com/
Top

did not listen to that album much. strange, its not a bad album, but i just dont have the desire for it.
you could say that i listened to the kazamidori budokan live performance till i died, haha. best performance ever. magic moment. i dont think there will ever be something to top that. it was like the moment where things never gonna be like they used to be.

so i will not pull out my mighty GRADING SKILLS this time.
Top

I have listened several times this excellent album. Even in my opinion, not being the best album, can not really give a 9, for example. So good, so I'll give 10.
Top

I wish for a second original album similar to Nikopachi :3

I've completely forgotten about this one. Maybe I should listen to it.
Now stuck in programming JavaScript
Top

mee too.. been some weeks since my last listen to the album..
though i kept playing some songs like moonlight and topia though.. :3
now for tegami.. if i found that film kimi to boku it must be hard to let this song out of my head XD
just close your eyes and follow your HEART --> vanished to dust T.
Top 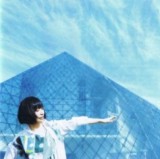 Haha, it's been while I never hear it again ^^" I should listen to it again..
Personally I like the slow ballad songs from this album like Mizuumi,Topia and Utsukushii Hito.

Moonlight and Tegami are okay, though it's a bit draggy for me >.> Is it just me, but I dislike Downtown and Stand Up Girls...those songs not suited for Maaya, imo...

I'll give it a 6 because it took a while for me to get into the last half of the album.
Top

I finally voted, and it's a tepid 5 because I hardly listen to any of the songs anymore. For me, it's pleasant, though not as special, magical nor emotive as I expected the songs to be. I like more songs from her other albums better