Yyrkoon70 wrote: Thanks for the setlist!

Really interesting things here from the "good old times"!
And Scrap is one my favorite Alice Shounen track, I hope they release this in one year! I'm looking forward to listen to Cloud 9 and the medley also!

Yes, I love Scrap from Shounen Alice (I love that Album), and Watasahi wa.... and cloud 9 are so great songs! I like these kind of setlists focused on her albums more than her singles, like "in the silence" event... *O*

When I read the setlist for the medly I thought *OMG! All Yoko Kanno songs! Might she be there on piano as a guest?, but I realized that Magic Number isn't from Kanno, so I don't think, so...* My dream is Yoko Kanno as a Band Master, and Maaya singing Grapefruit to Shounen Alice on a week, each day an album... But I'm going too damn far.... xD
Last edited by countdown65 on 2013-03-31 20:05, edited 1 time in total.
IDLING TALK! Fan Podcast Presenter, with Nikki (on hiatus)

Doe it have? Utsukushii hito.. ?


Anyway, here's boku no hanbun in English. Hm, it's inaccurate and but that is just my interpretation of the song.


@Coundown
I've checked the shops, that they still sells the USB creative sound card/similar, its really simple to use plug and play. You then later connect your speakers into it. The higher the price, the better quality. Mine was under $50 and it did the job. The on-board sound card could not capture all the sounds, trust me on this one. If possible, I want everyone also have their own sound card on their computer ~ it's time we all upgrade together

I didn't have mine yet, but i've listened all the songs today.

What a wonderful album. My favorite was Sunshine, Ask, Boku no Hanbun and title track Singer-Songwriter. Besides the new version of Everywhere have been even more beautiful.

Also loved the cover, and the new look of Maaya with short hair, beautiful as always. 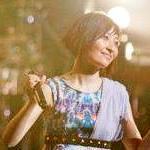 the big question is... is this will be recorded !? arrgghh... another Medley
Top

the biggest improvement to me was chikai,... i'd choose the intro from this version much more than the old one any day.

^ agreed, chikai to me was an instant classic, a blast from the past 60's. Like in my mind, the actors suddenly use classical hair and clothes from that century.
Leave me a message if you notice someone spamming over here, I'll clean it up for you.
Top

Buying this one once I'm done moving to Helsinki

That it is, I've been occasionally around reading stuff. It is hard to give time to all the interests that I have.

I landed a new job that instead of draining my energy is likely to keep me in a much better mood. Instead of driving a forklift and solving daily practical issues in a storehouse I'll be doing programming and some web design

And that is also why I'm moving to Helsinki.
Now stuck in programming JavaScript
Top

Any one doing the translations?

So far we have Nikola & Boku no hanbun..

I like to read Naritai, Tooku, Sunshine or Kaminari.

Naritai, something about happy birthday thing.. I was listening to the lyrics slowly just now. Pretty interesting to me.
Leave me a message if you notice someone spamming over here, I'll clean it up for you.
Top

Where can we find the Nicola one? .-. Thanks in advance!

[The extension txt has been deactivated and can no longer be displayed.]

Thank you SO MUCH, Imurann!

This song describes exactly what I'm living at the moment and I'm really surprised by this! While reading it, I shivered a zillion times hahaha Thanks, once again!
Top
Post Reply
89 posts