by roxfan
The tour has been announced some time ago, but today it's been revealed that there will also be a new album released "in 2019".

The title is "Kyou dake no Ongaku" (Music of Today Only). All tracks are newly recorded. (confirmed on the Vitamin M: none of the previously released singles will be included)

The tour will also have the same title.

by Jérôme.
Really great news !
It has been too long since the last album, and it was not that good. Like almost 5 years !
Can't wait to listen to the new material 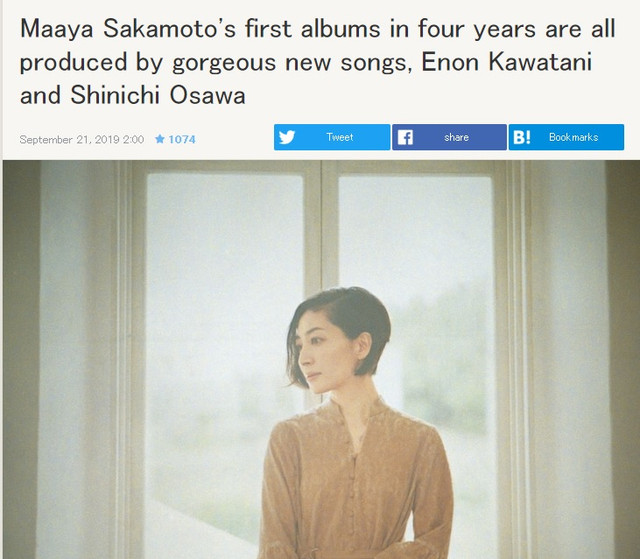 by countdown65
I really wished it would be an album composed and written by her, but it seems that the direction goes in collaboration, which it is good too, also there's little more involvement (in writing new songs) than in Follow Me Down. As a side note, journalist & writer Hiroshi Ichikura collaborates with Maaya again, last work together were on the three songs from the single "Shippo no Uta" (c/w "Midori no Hane" & "Yoake no Octave") in 2000 and "Uchuu Hikoushi no Uta" in 2003. I'm glad it's an album not related to anime, but it kinds of annoy me that Kitagawa is again on a new song, every time he collaborates with her a cutesy song comes off.

Maybe I'm asking too much if she comes back with an album composed by her. Composition is not her main point. But lyrics are. I really miss when she wrote almost all the lyrics of her songs just like "Kazeyomi" released 10 years ago. Sure time flies...

by Imurann
Let's just wait for the album to be release first, I guess she had her reasons why she made this new move (or direction).

Long time fan of both bands Enon had, since 2015 iinm

Also me: I want a few more song collab with Yumi Uchimura's band.. so more fast pace songs to be added to my song loop, they are my favs

by roxfan
Digest of the "short movie" enclosed with the first press limited edition of the album: https://youtu.be/-lSCmI9lP08

by roxfan
Special page for the album was added to Maaya's official website: https://www.jvcmusic.co.jp/maaya/kyodakeno/

A pre-release listening event has been announced as well. Full album will be played. MC by the editor of "Ongaku to Hito" magazine Hirofumi KANEMITSU (金光裕史). Event will be partially(?) broadcast on the LINE Live platform. Application for participation via URL https://www.jvcmusic.co.jp/maaya/kyodak ... cho-event/ until 2019-11-07 (event is on 2019-11-20 somewhere in Tokyo). 200 people will be selected among applicants.

by Imurann
Audio Sample is out, also available to be on itunes / spotify


since I made this meme just now... 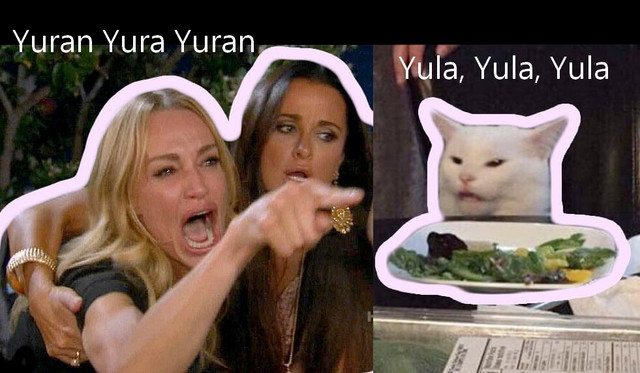 by Matmicha
So...what did you guys think of the new album ?
I think it's pretty good. My favorite : Hawking no sora ni.

In general, the album was pretty good

there was so much of dancing, drama and tension in 05 song.
while in 04, there is much legwork, a lot of things to do something like that.
03 is too abstract, I usually listen to this when I do my digital artworks / photography editing.


ps. the numbering are the song number
All times are UTC
Page 1 of 1
Powered by phpBB® Forum Software © phpBB Limited
https://www.phpbb.com/